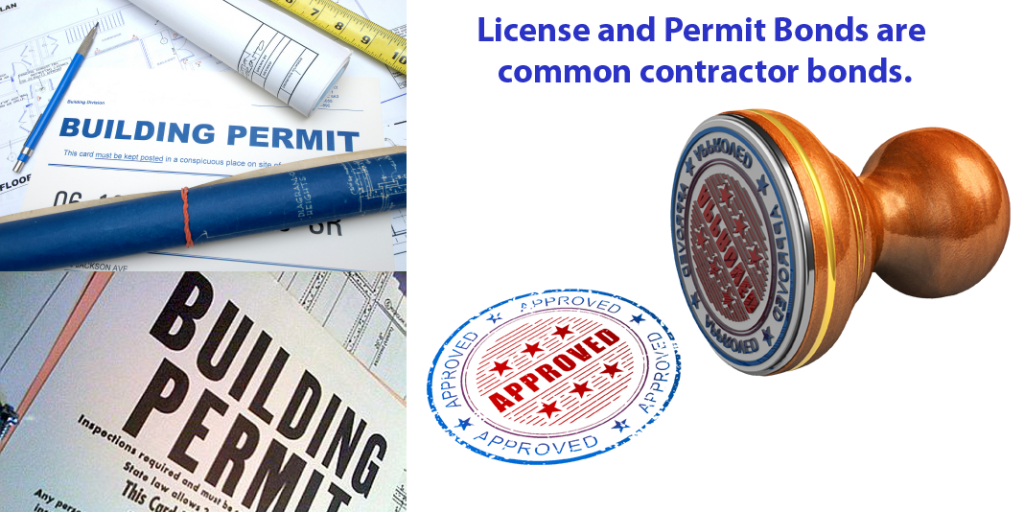 License And Permit Bonds For Contractors

First, a License and Permit Bond for contractors and tradesman is a surety bond. A surety bond is essentially a promise by the company issuing the bond to honor the obligations of the contractor if he should default in his duties to construct his work according to the local building codes and ordinances. In other words, a bonding company (known as the surety) makes a promise on behalf of the contractor (known as the principal) to pay the bond amount to the government agency or building department (known as the Obligee) if a contractor defaults on his duty to building his work according to the building codes and ordinances. A license and permit bond is issued in typical amounts of $5,000 to $15,000.

A license and permit bond is a surety bond and they are considered contracts between the Surety and the Principal and The Obligee. The Obligee, in return for the financial promise of the Surety, grants the Contractor a license or permit for construction work. Surety agreements are sometimes referred to as three party agreements (but conceivably there could be more than three). A License and Permit bond is demonstration to the government agency that the contractor can be trusted to do the work expected to meet the requirements.

The premium for a License and Permit Bond varies depending upon the type of work but is generally $10 per $1,000 of bond penalty and most fall within the range of $7.50 and $15 per $1,000 of penalty. Bonds also have minimum premiums due to the administrative costs of issuing the bond and these usually start at $100. That means if you need a $10,000 License and Permit Bond from the Health Department for plumbing work, your bond will cost $100 (10 times $10). If you needed a $15,000 surety bond, the premium would likely be about $150 annually.

License and Permit bonds enable to the tradesman to work at his trade and are provided once per year in most instances. A contract tradesman would not ordinarily need more than one License and Permit Bond. That said, it is possible other parts of the Building Officials office may need a bond for the electrical work your firm might do. This differs from Contract Bonds where a bond is issued for the duration of the project you have been contracted to complete. License and Permit Bonds typically expire at the end of the year or some other designated date.

It should be noted that if the tradesman (Principal) defaults on the work and the Surety pays the bond penalty to the Obligee, the Surety will pursue recovery of the payment from the Principal because License and Permit Bonds are not insurance. When you buy this type of surety bond you are buying the guarantee, and not the payment of the penalty for your default of the work.

We offer license and permit bonds for a variety of contracting trades.  Also, the bond form varies from jurisdiction to jurisdiction so all we can provide here is an example of a contractor bond, in this case, a License and Permit Example Bond.